This week I was attempting to graph some data at home using MonoDevelop (I’ve been using Linux as my primary desktop operating system at home for 5 years now), where the Windows Forms chart component isn’t available.

I was already fed up with sending LinqPad scripts over to colleagues and having to explain how to install Sho and IronPython, so I had a quick look around for alternatives.

OxyPlot was up and running in a few minutes and has a great selection of NuGet packages for different platforms, with no installation required. The API is also fairly simple and it worked perfectly on my Linux setup. 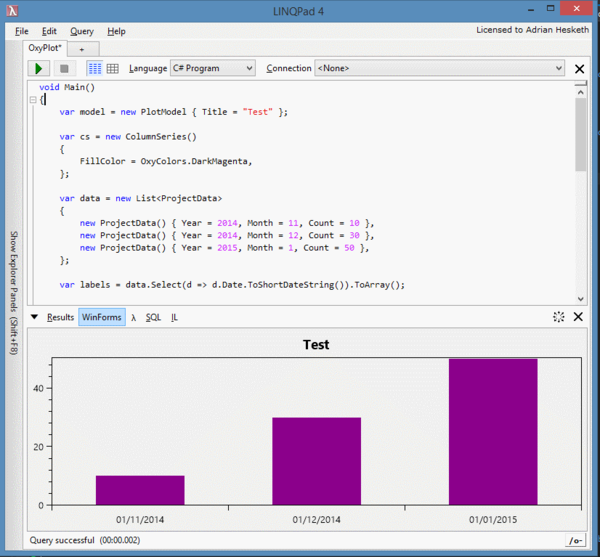 The only think I didn’t like is that each different type of series (scatter, line, column) has to be constructed individually, so if you want to try out different displays, you have a few lines to update, whereas on Sho, you only need to change from AddBarSeries to AddSeries to switch, so I made some extension methods. Maybe they’ll be useful for you.