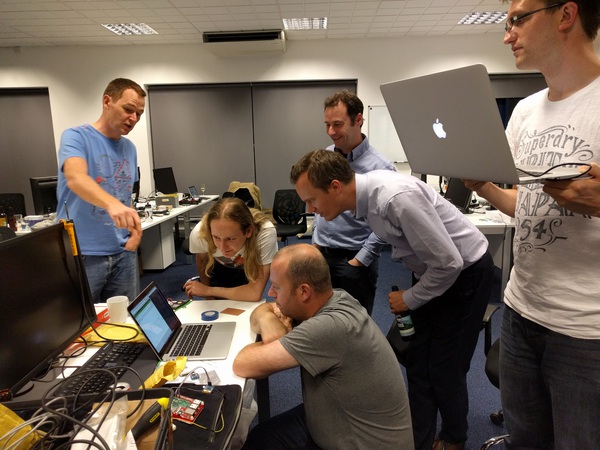 Last week, I set up a hack night at the Infinity Works offices for engineers interested in health / fitness tracking devices. The idea was to come together and see what we could learn from each other, come up with some ideas and maybe create a prototype.

Jason Wilkinson, the CIO at Westfield Health provided us with some fitness tracking bands, heart rate sensors and bluetooth scales for to try out in advance and Thomas Gray from Infinity Works let us borrow some of his stockpile of electronic components.

I started the evening describing some things we could try out, then everyone split into groups depending on what they were interested in.

James Hall from Infinity Works (https://thatsmejames.wordpress.com), James Stephenson (https://www.3rings.co.uk/) and Matthew Puzey (https://www.linkedin.com/in/matthew-puzey-08239b83) worked together to see if it was possible to create an application to extract data from a fitness band without having an API for the device. They managed to create an iOS app to extract data from a Vidonn X6 fitness tracker device by sniffing the device’s bluetooth (BLE) signals and extracting the data from the BLE signal. 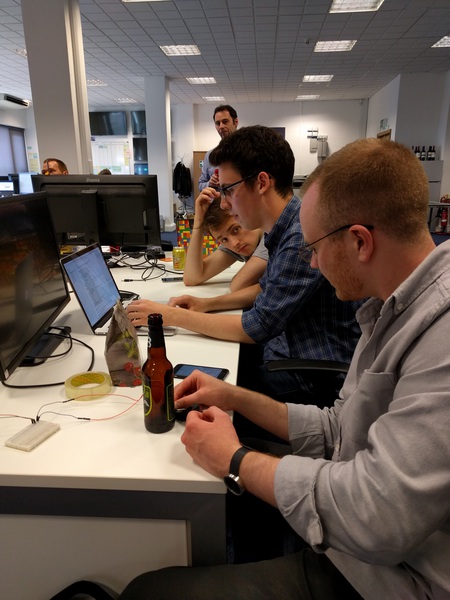 Brett Jackson and Stephen Ellwood (https://www.linkedin.com/in/stephen-ellwood-19aa8bb) decided to try to create a “fall detector”, a device that could determine whether someone had fallen over or not by using accelerometers and report back to an Internet service. Surprisingly, (to me, not to him) Brett just happened to have a bunch of accelerometers in his car, so they set to work and actually managed to create a working internet connected device out of a ESP8266 and a set of accelerometers with temperature sensor. Brett put an interesting post about it up at https://www.linkedin.com/pulse/resurgence-soldering-iron-brett-jackson 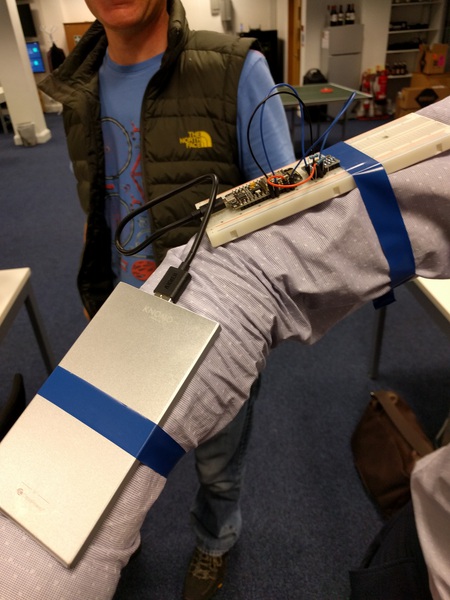 I’d noticed that you can get a lot of data out of the existing Google Health REST API, so I’d already put together a Go application to pull the data out and make it easy to graph, but no-one else was interested in working on that. :) 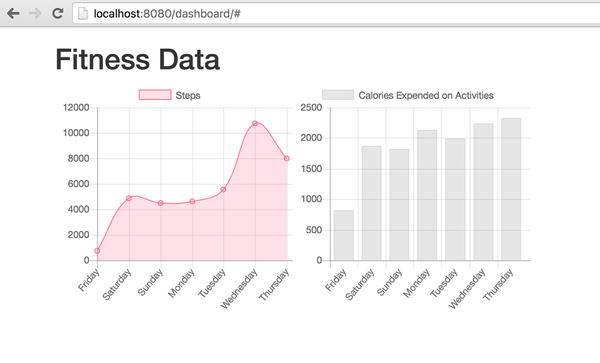 Michael Welburn (https://www.linkedin.com/in/mjwelburn) decided to have a go at making an Android application, but unfortunately got mired with software compatibility issues between Android studio and Virtualbox which cost him a lot of time.

I was genuinely surprised to see such complete prototypes being made in a single evening, and learned a few things along the way about bluetooth, embedded software development and circuit design. Oh, and never to buy anything that has a custom power cable.

Thanks to everyone who came, it was a really great night! 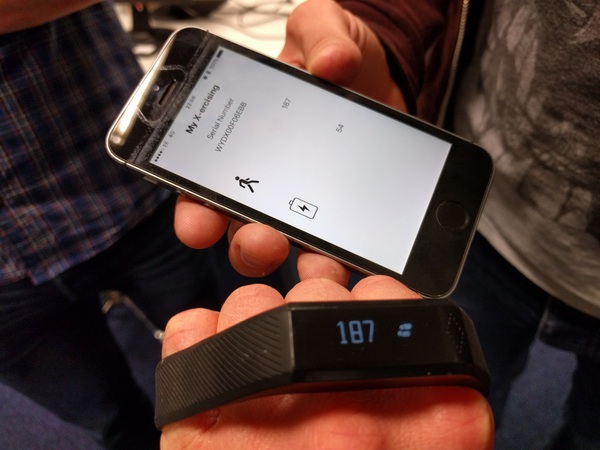 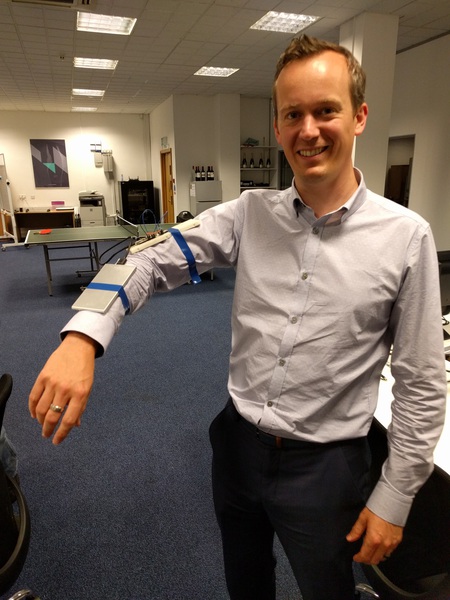 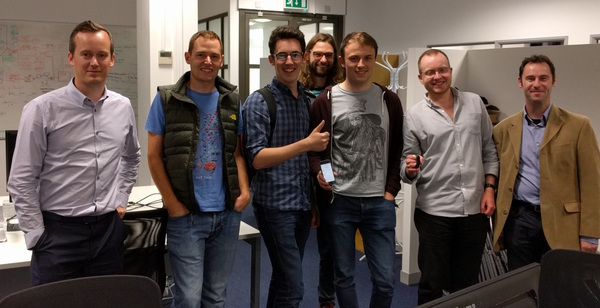